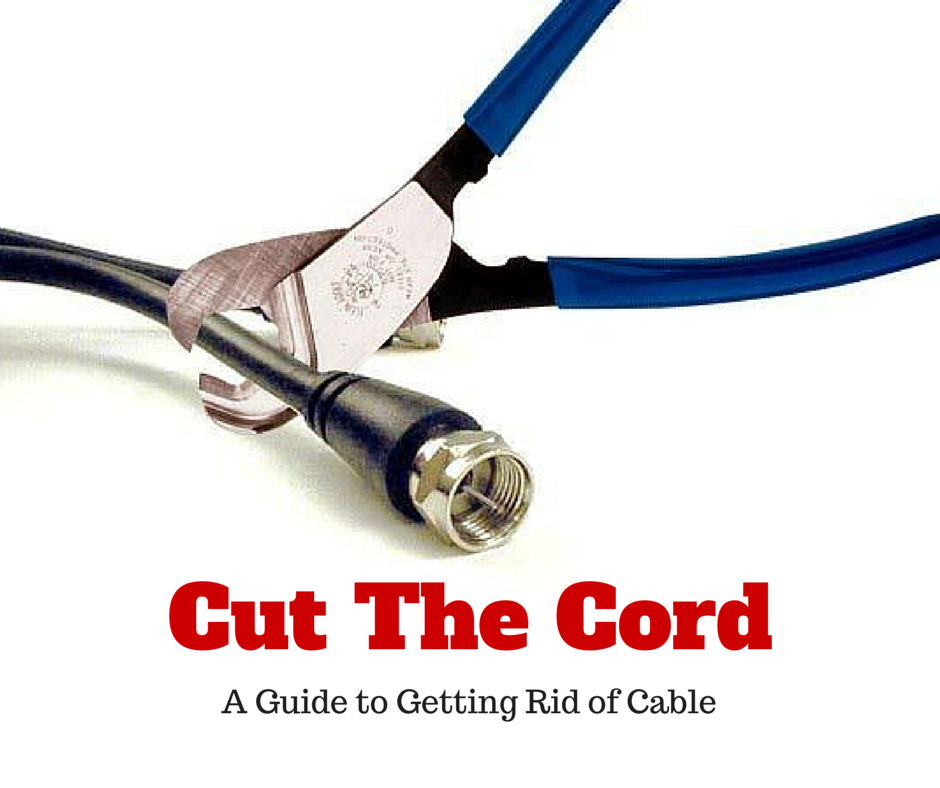 As technology shifts to new mediums, more and more people are “cutting the cord” to save money on that expensive cable bill. Companies like Netflix and Amazon, with their cheap rates and expansive collection of movies and shows, makes the process more appealing. The hardware is cheap and easy to use, too.

We cut the cord a few years ago. Though it required a bit of adjustment, we really haven’t missed cable at all. Viva la résistance!

I’ll detail how to do it and what to expect.

First, I wanted to start off with some disclaimers, clarifications, expectations, etc.

So, you want to cut the cord, but what will replace your old cable box? Over the years, we’ve experimented with several different streaming capable devices, all of which we still use today. 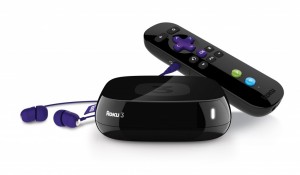 Roku is king. Though there are many different streaming devices available with different features, Roku remains to be the gold standard that the rest imitate. Roku has the most services, a fluid interface, small form factor, and a decent price. A Roku 3 unit would cost $99.

I wouldn’t blame you if you ordered one for each TV. I would recommend the newer models over something like a Roku 1, however. 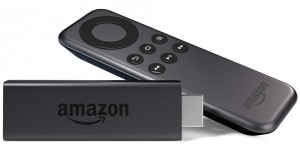 While the Amazon Fire is one of the newer players in town, it’s actually turned out to be good competition for the Roku. First of all, the Fire TV Stick is literally just a small stick, about the size of a large USB flash drive. It’s also only $39!

The Amazon Fire doesn’t quite have the services list as Roku, but it has enough of the major ones that matter. The interface also takes a little getting used to, but overall, it works. The remote is also tiny. My son tends to lose this one quite a bit. (Then again, he tends to lose track of a lot of remotes. )

Before we had any of these fancy “streaming only” devices, we still had our XBox 360. Sure, we bought it for the games, but it could also stream video, too.

Back then, media library playback was painful to use and the services were few and far between. However, over the last few years, they have really stepped up their game and provided a wider selection of services with easy-to-use interfaces. Media playback can be completely replaced with Plex for a much nicer experience. (More on that later.)

As far as the current generation of consoles, we don’t own any, but I hear very good things about their streaming capabilities.

Of our devices in our house, the WD TV Live would be the least recommended. It still does a decent job of playback, and has a few major services. It also has direct media playback, without the need for Plex. However, it’s just not as good as any of the above, crashes a lot, and doesn’t have nearly the services selection.

Yes, every computer and laptop you have is also a streaming device, and supports most of the services you would find elsewhere. So, even if you don’t want to spend a dollar on hardware, the computer you’re currently reading this article on is probably more than adequate.

Sure, you might not be as comfortable with a computer chair as you would a recliner or couch, but it’s also good to have options for when somebody else is using the TV.

Now that you’ve found a device to use, it’s time to load it up with channels. Some devices call them services and some call them channels. Overall, they are just providers that give you access to a certain subset of shows. Most of them have a monthly charge, but even added together, they are a lot less than that cable bill.

Cord cutting begins with Netflix. Of all of the services that the cable companies fear, Netflix is the one that keeps cable CEOs up at night. With a monthly charge of $8/month, a wide array of TV series, movies, kids shows, and high quality shows of their own, it’s really really hard to argue against a Netflix membership. There’s even separate profiles for each user and a kids mode.

The only cons I could give is that their movie selection isn’t quite as great as their TV selection. There’s plenty of B-rated noise to sift through. Titles also expire, though that seems to be an industry-wide problem. Be sure to keep an eye for what’s expiring month-to-month with sites like What’s On Netflix.

Are you an Amazon Prime member, who enjoys free two-day shipping from Amazon.com? Congratulations, you already have access to their streaming service. If not, membership is $99 a year, which isn’t bad for quick shipping and a streaming service. While not quite as expansive as Netflix, Amazon Instant Video still has a wide selection of movies and TV series, for all ages.

However, the interface is rather bad, especially for folks who are used to Netflix’s slick navigation. Seasons are split apart as separate items, and “rental” titles are mixed in with the free Prime titles. You can go to a main menu to only see the Prime titles, but sometimes you forget to do that, click on a title, and realize that they want you to pay $3 a pop.

For TV goers that like to watch a lot of national broadcast TV (NBC, CBS, ABC, FOX, etc.), Hulu Plus fills that gap. They have a ton of popular shows from all of the major networks, many of them released the day after they aired.

If you abhor ads (like I do), Hulu Plus may not be for you. Even with the $8/month membership, Hulu Plus still breaks up the episodes with advertising. This can get real annoying when you’ve gotten so used to little to no ads from other services.

Do you have a cache of TV shows and movies on your computer? You do? Well, I’m certainly not going to ask where you got those videos, as long as you don’t ask me where to get said videos. Maybe you found some old copyright-free black and white movies. Who am I to judge?

Maybe you want a good way to catalog and play these videos from anywhere in the house? Plex is the universal answer. Plex can play almost anything, and has pictures/reviews/ratings for just about any show or movie you give it. The folder sorting takes a little getting used to, but it’s good for keeping everything organized. You can even stream your content remotely.

Of all of the services, Sling TV has the closest “cable TV” experience with a huge list of cable TV channels. While Hulu Plus has a lot to offer from the network broadcast channels, Sling TV has deals with the rest of the cable space. Channels range from ESPN, Food Network, TBS, AMC, TNT, CNN, Disney, Cartoon Network, and many more. Also, unlike Hulu Plus, they show it live.

This comes at a cost: $20/month to be exact. But, if you have top cable shows that you can’t live without, this might be your best route.

Are your kids still hungry for more kids shows? PBS Kids has more content to offer, and it’s completely free. A bunch of full episodes of your favorite PBS kids shows.

It doesn’t have the selection of paid services, but it certainly has the most content I’ve seen from the free ones.

Really, YouTube deserves its own section. Believe it or not, we watch YouTube more than the rest of the services. Why?

For one, YouTube isn’t just a collection of cat videos and memes. Sure, that’s out there, but there’s a lot of good folks promoting high production values and putting out a lot of cool content out there. There are channels for just about any topic and any age group. Build up a good collection of them and you’ll have a ton of videos to watch daily on your subscription feed. Plus, if you don’t have 2-3 hours for a movie or several series episodes, you can still watch 10-30 minute videos.

Are you ready to cut the cord?  Do you still have questions?
Ask in the comments! 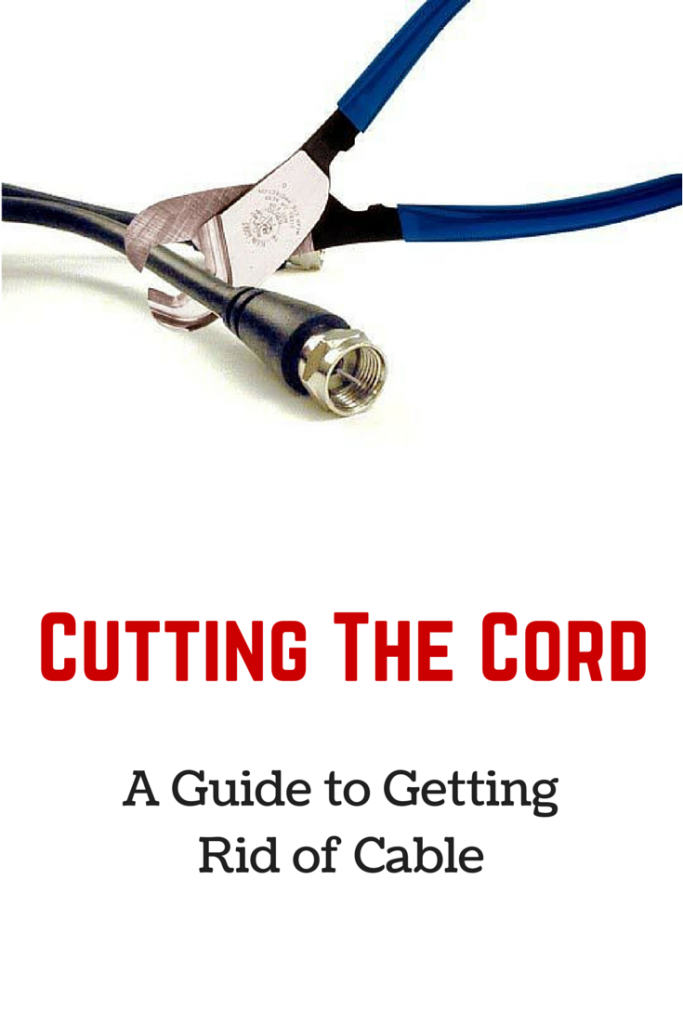 Latest posts by Brendan (see all)