We received a sample to facilitate this review, however all opinions are our own!

If you haven’t heard of them yet, Ivy Kids is a monthly educational subscription box for children ages 3-8. Their goal is to help you spend quality time with your child with a selection of math, science, literacy, and arts & crafts activities, which have been created by certified early childhood teachers who have children of their own.  Each activity included in the kit comes in its own little bag with all the pieces and parts needed, as well as a sheet explaining the activity.  The explanation sheet also gives guidance for adapting to meet younger and older children’s abilities and needs, ways to extend play or add challenges, as well as an explanation of the types of academic skills the activity covers. 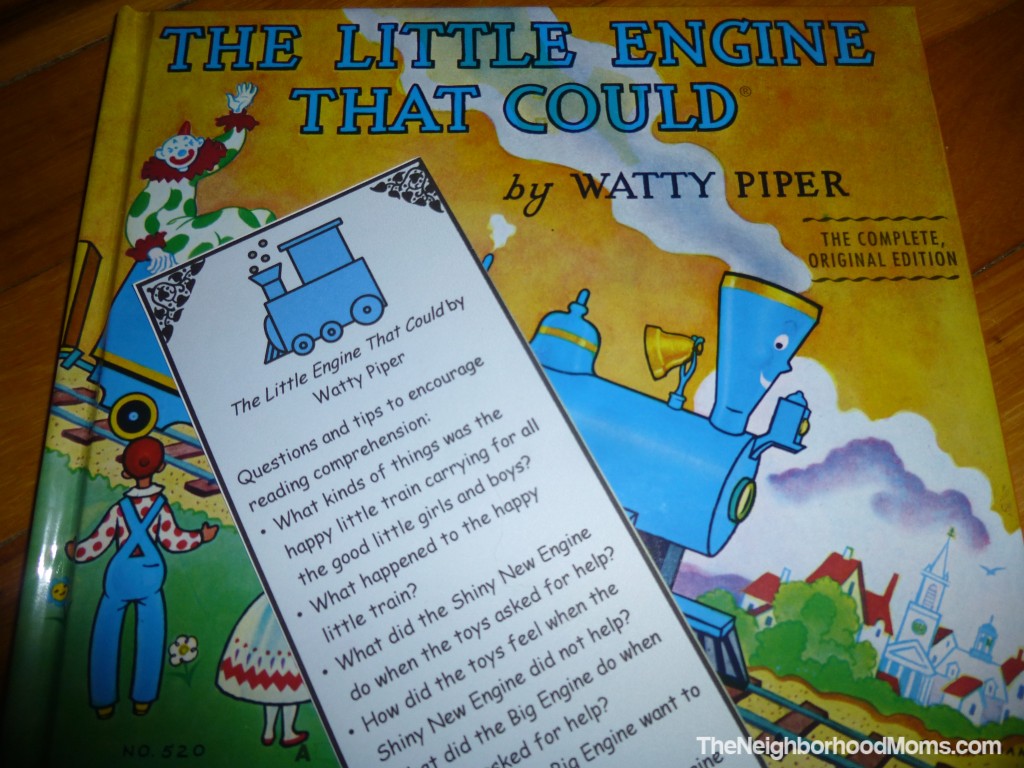 I was drawn to their approach of selecting a book as the centerpiece of each kit, and providing activities to go with the book.  Ivy Kids sent us the most perfect kit for my boys: The Little Engine that Could.  My two boys love trains so much.  Our wooden train set is a daily activity and has been for months and months.  So to open the box and see one of their favorite books? Oh, yes.  The energy in the room was high. 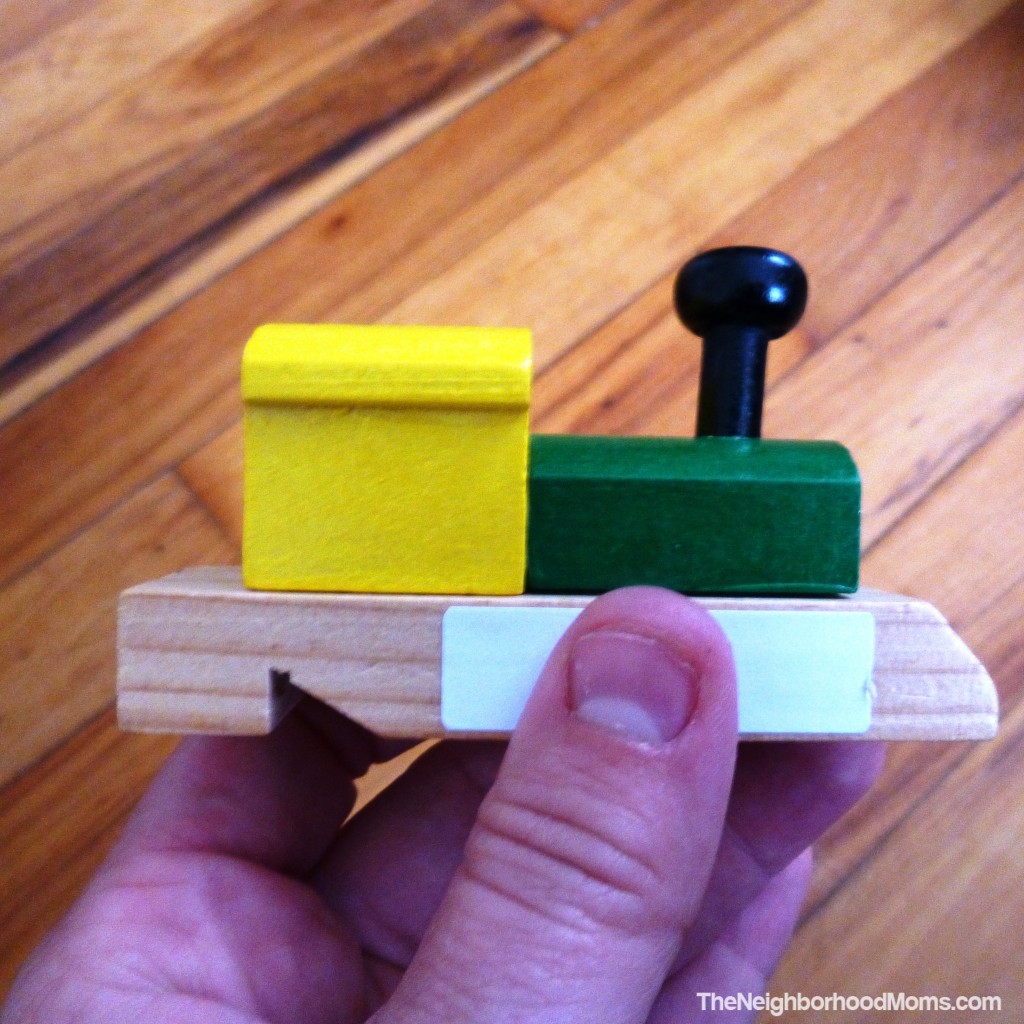 Discovering the train whistle with Ian’s name on it was a nice touch, too. He was thrilled. 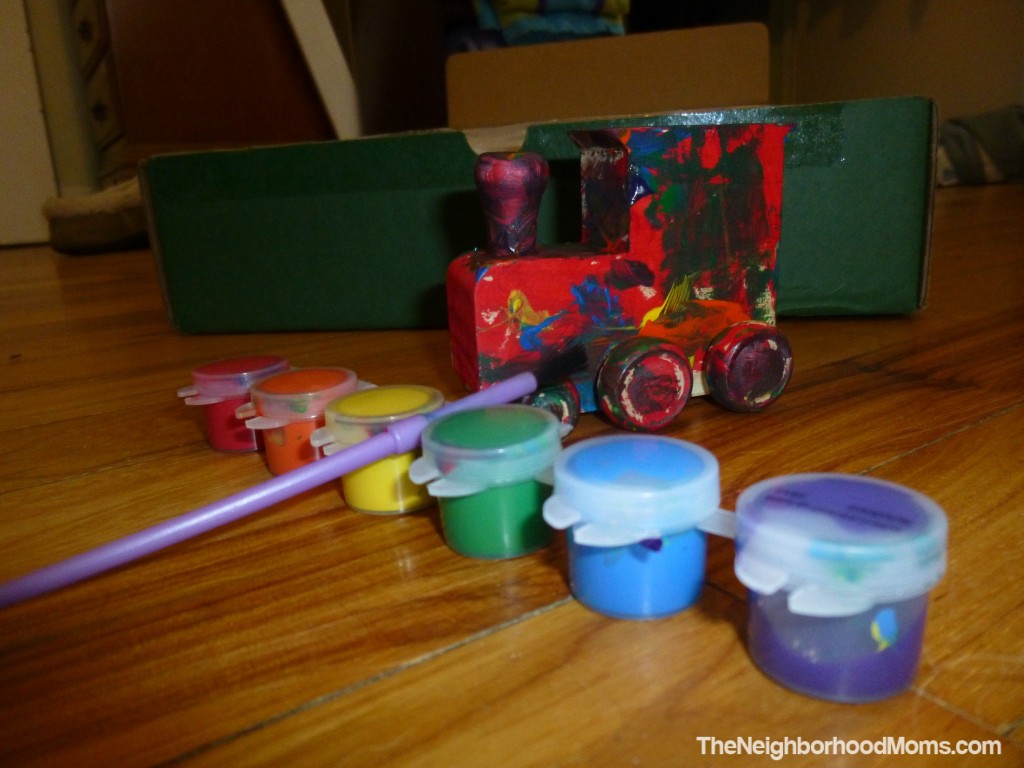 They were immediately drawn to painting the wooden locomotive.  That colorful rainbow row of little paints was absolutely irresistible.  Because the subscription box is created for one child, Ian got to paint the locomotive a lovely rainbow and Isaac painted a beautiful bag for it to go in.  That sounds awful, right? But let me remind everyone that painting at 2 is more about enjoying the process and getting paint all over oneself, while painting at 4 is just becoming more about creating a finished product as well as the process, so it was a happy time for both.  After the little locomotive dried, the boys used it to re-tell The Little Engine that Could and incorporated it into their imaginative play.

We enjoyed reading the scientific explanation of how steam locomotives work while the boys painted, by the way.  We have read several explanations, but I think this one was well-done, in that it was simple and yet thorough.

For future reference, though, there is an option for a small additional fee to add-on extra pieces and parts for siblings to enjoy one Ivy Kids box together, so you would not have to purchase two separate boxes for each child. 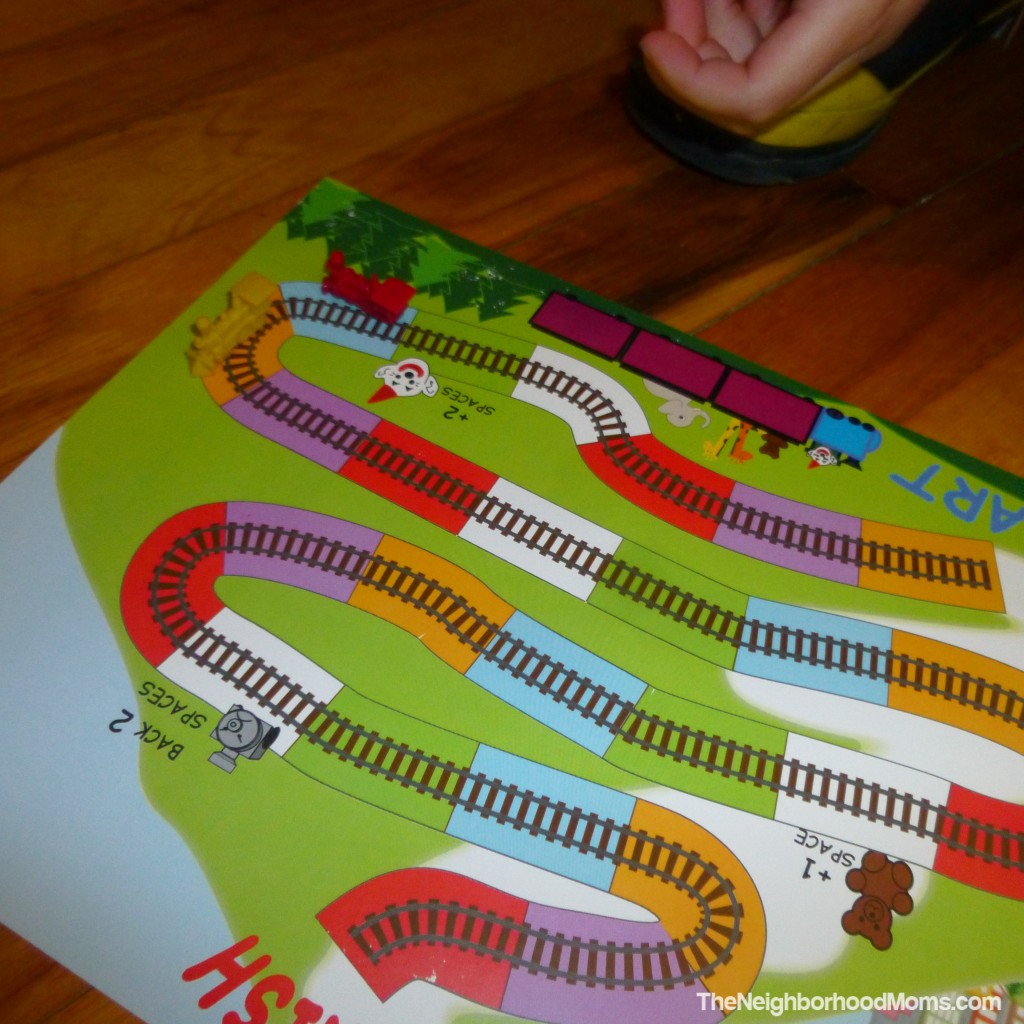 This ability to add-on pieces is great because the rest of our box was fantastic for shared activities.  A “Race to the Top” game with three little locomotives (and they are very little, watch younger siblings who might try to put them in their mouths) made for a great afternoon game of taking turns, counting spaces, and learning how to roll dice.  We had a lovely time! 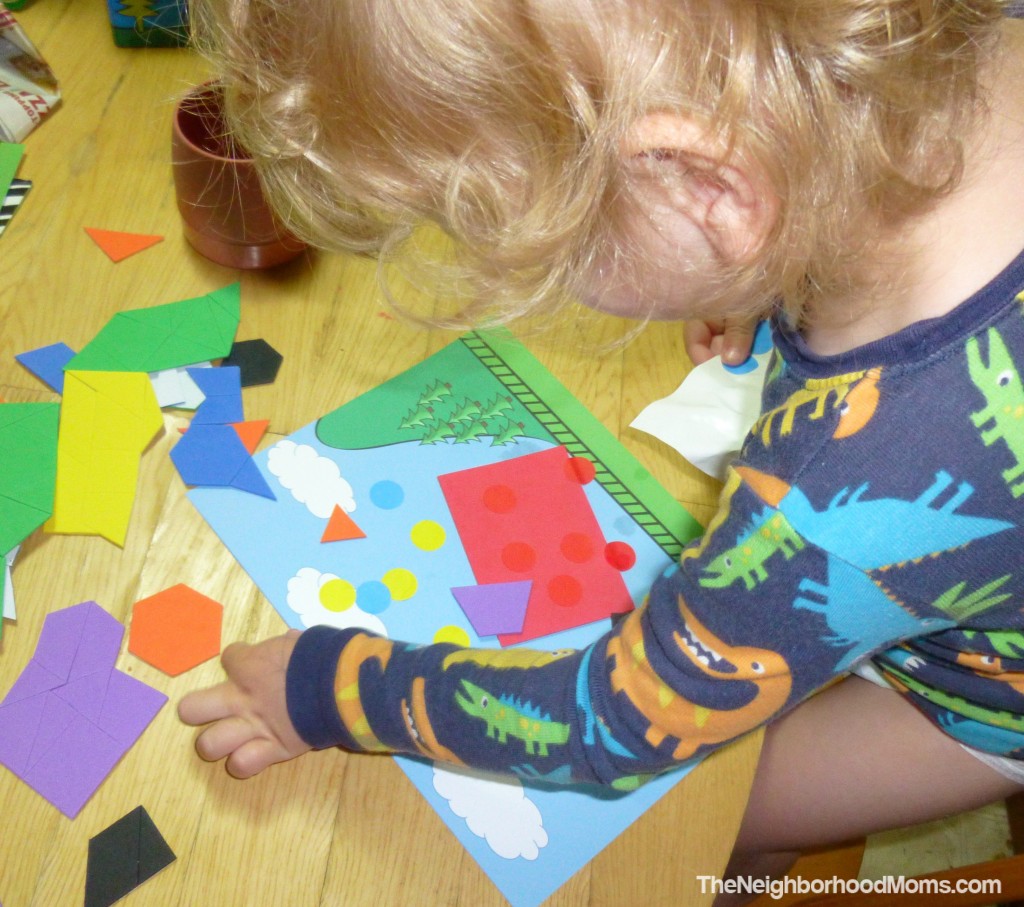 The boys enjoyed making their own train pictures using different foam-sticker shapes, as well.  But they actually didn’t complete their trains at the same time.  Isaac did his one night several days before Ian, who didn’t choose to do it until he wanted some quieter down time a different afternoon. 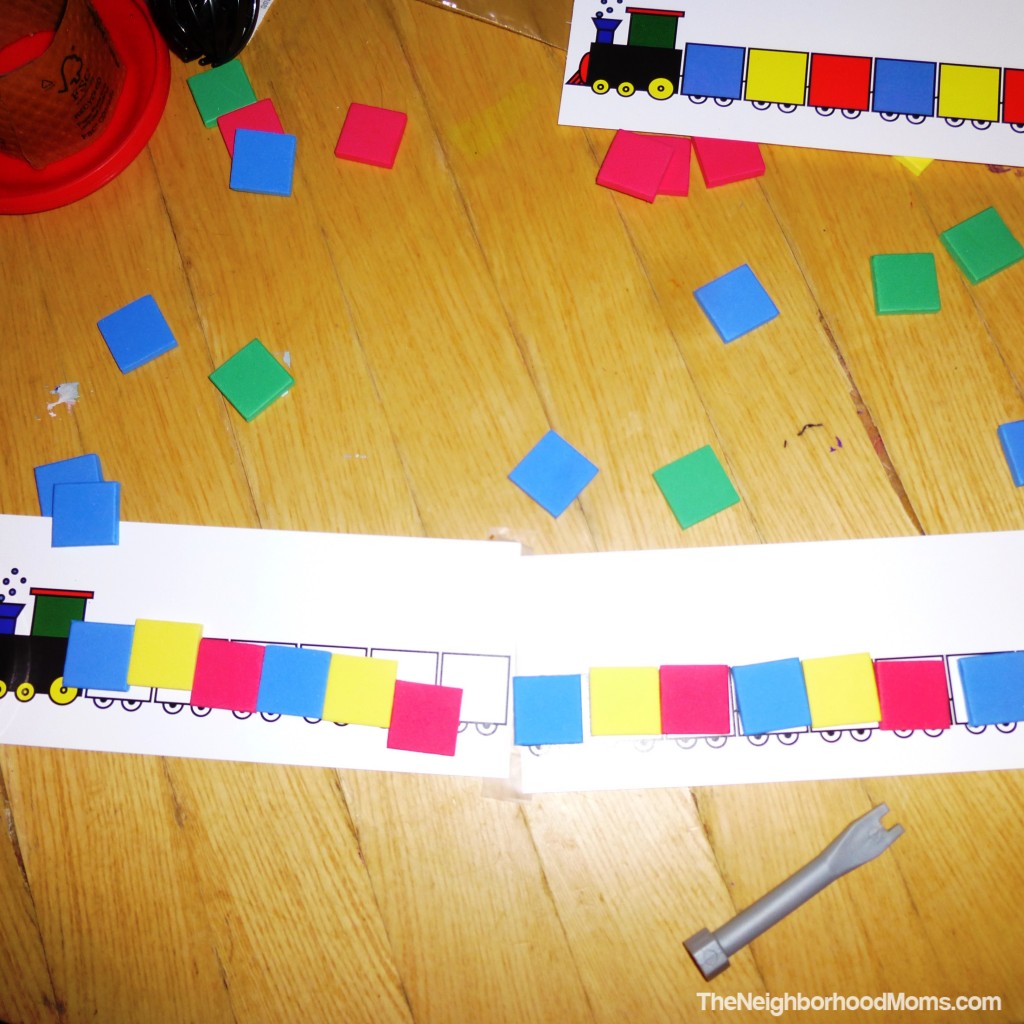 Both Ian and Isaac enjoyed waking up to discover that I’d laid out the pattern trains and their colorful foam squares for them to discover one morning.  That activity kept them both happy and bought me uninterrupted time to get dressed and ready for the day. Isaac, being the younger one, matched the pattern blocks to the colorful trains, while Ian both created his own patterns using the blocks and extended the printed patterns by adding blocks to the blank train cars. 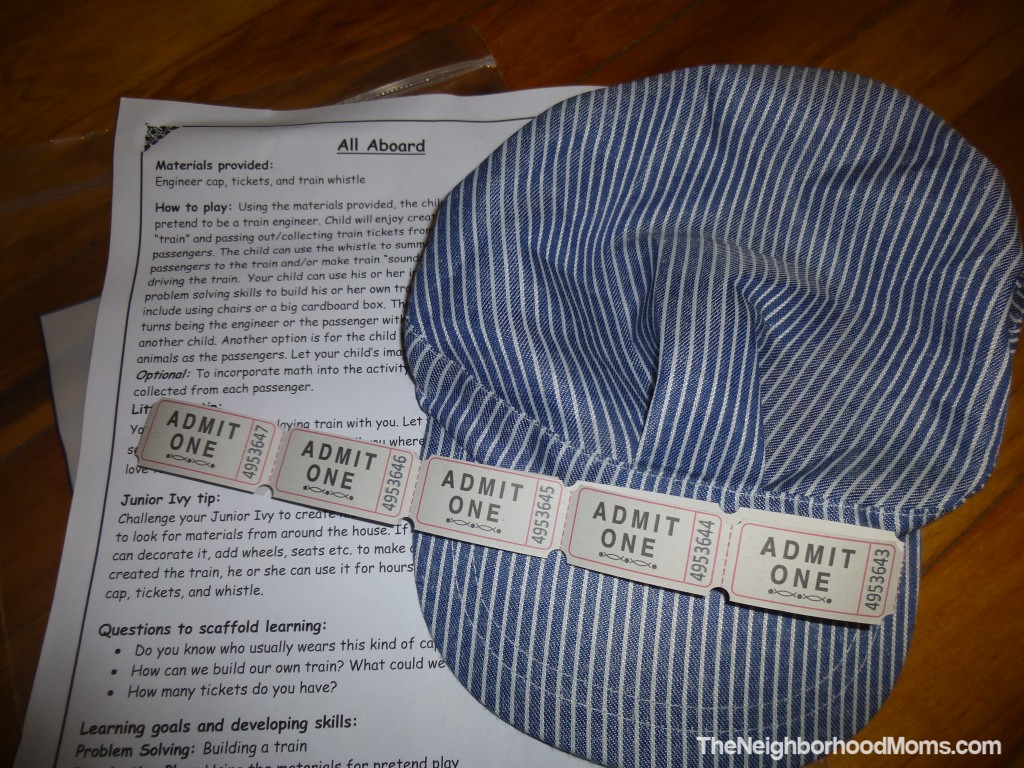 A great favorite was the engineer hat and the real tickets.  We had to get out our ticket punch and Ian’s conductor hat, which he even took along to the zoo.  Tickets, please! Including the engineer hat and tickets was a nice touch, since acting out the stories is a big hit around here, and with many of our friends. 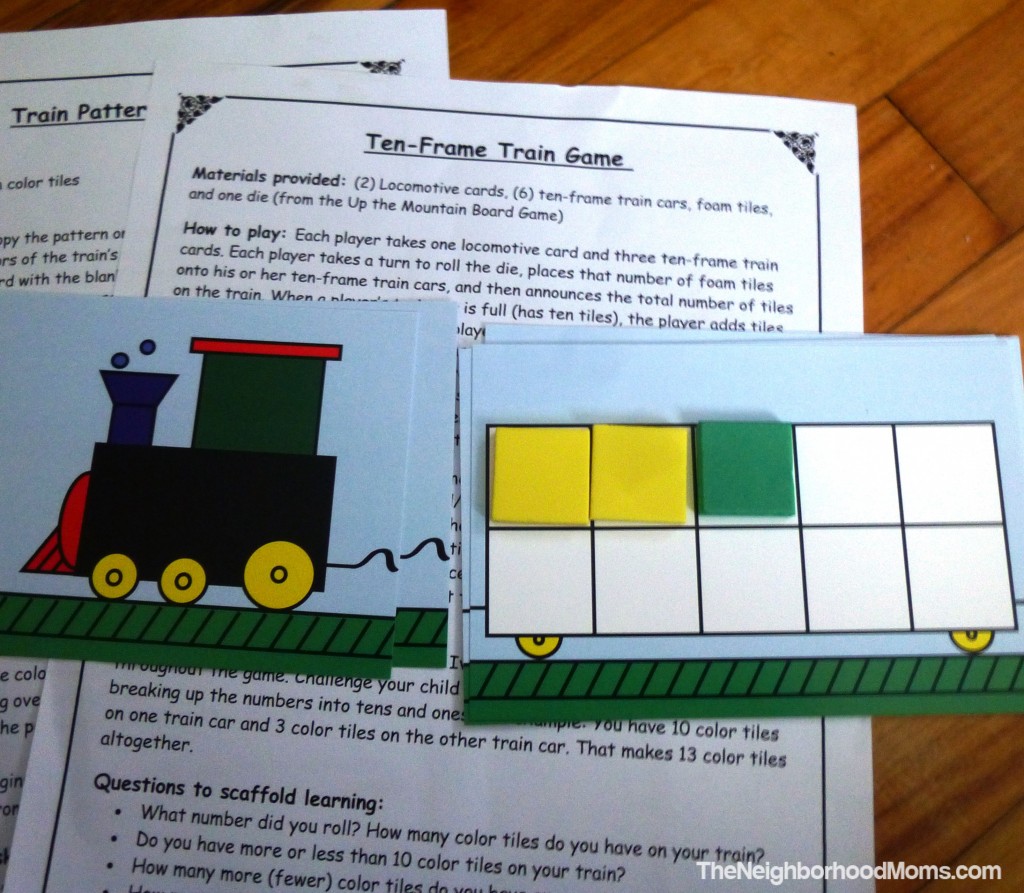 We had to wait a few days to find a moment when we wanted to play games together cooperatively again before we tried the Ten Frame Train Game.  Once we did, we had so much fun! Ian is really into “adding on”, and this was a great chance to practice.  Isaac liked covering the squares, so he was my helper when we played.  It gave him a chance to practice counting, as well. 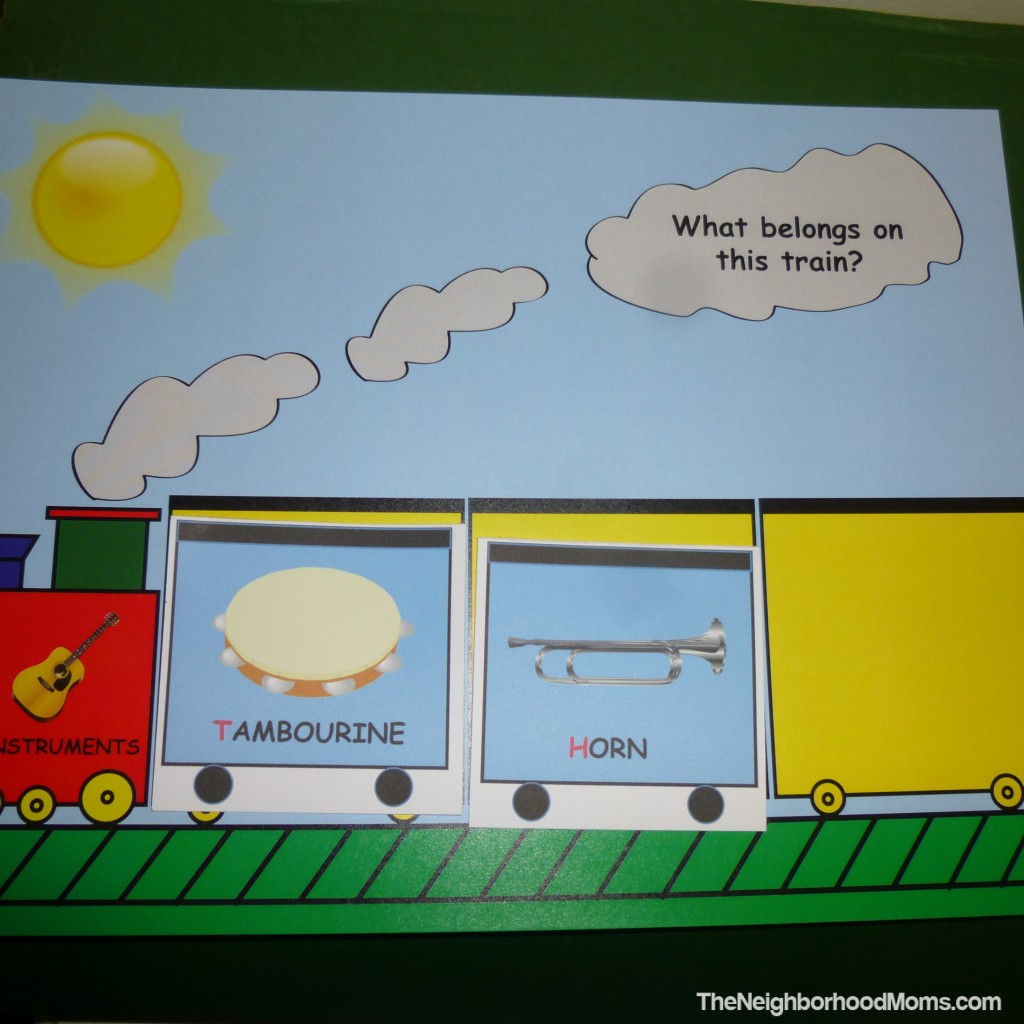 The object-sorting, ABC and 123 train cards, and the “I Think I Can” writing activity are still waiting in the wings for us to do together later.  They are the activities that feel the most like “schoolwork” to my guys, so I have to find just the right time when they are receptive to trying them out.  I’m positive the boys will still have fun doing them, and they are easily portable activities that could be great for filling a few minutes of waiting, like at the doctor’s office or at a restaurant. 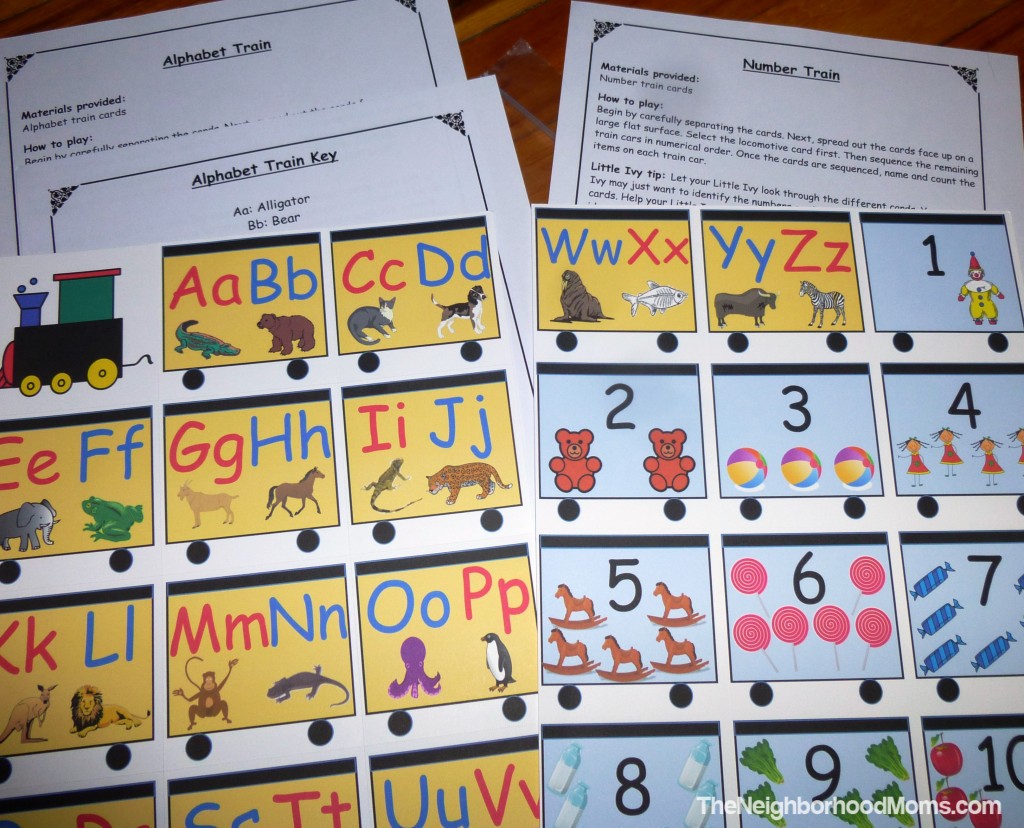 One idea that I had is to laminate some of the games and cards included in the kit, because they have been popular enough to do many times already.  This way, they will last longer.  Even at that, the 10 activities included in the monthly box are enough to spread over a month, easily, because they can be played with repeatedly and in novel ways each time you pull them out.  Several of them are also challenging enough for my kids to need time between them, so even though they opened the box and wanted to do all the things all at once, in reality, they couldn’t.  Their brains needed time to rest between bursts of learning inspired by the activities.  I also like that some of the games can be played with mom or dad the first few times, but then can be practiced by the kiddos on their own later (handy when you need to get in a shower and you don’t want to use TV to babysit). 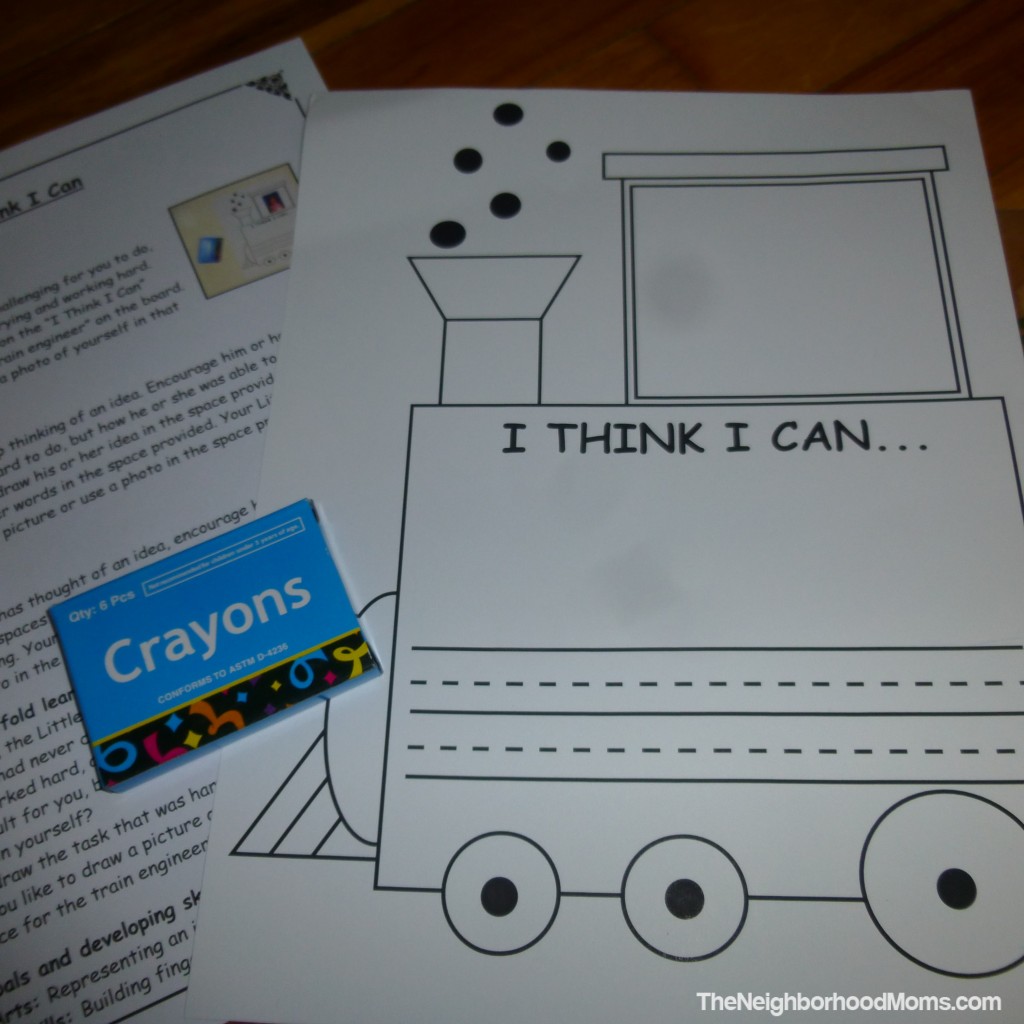 Find them online at www.ivy-kids.com

Mindy
Mindy is a homeschooling mom to two active boys and wife to a computer geek. Reading is such a passion, she dreams of lounging in library like the one from My Fair Lady. Since that is not likely to happen, she shares her love of books with her children.As much as she would like to be a kitchen goddess, cooking means dishes and washing dishes is a thorn in her side; frankly, you will probably never see a recipe post from her, unless it involves making play dough.When not busy homeschooling and playing with her two boys, ages 1 and 4, Mindy spends time browsing Pinterest for new DIY ideas, books to read, organization tips kids' activities, and sewing projects.
Latest posts by Mindy (see all)

Mindy is a homeschooling mom to two active boys and wife to a computer geek. Reading is such a passion, she dreams of lounging in library like the one from My Fair Lady. Since that is not likely to happen, she shares her love of books with her children. As much as she would like to be a kitchen goddess, cooking means dishes and washing dishes is a thorn in her side; frankly, you will probably never see a recipe post from her, unless it involves making play dough. When not busy homeschooling and playing with her two boys, ages 1 and 4, Mindy spends time browsing Pinterest for new DIY ideas, books to read, organization tips kids' activities, and sewing projects.